An emotional Lindhout recounted the horrors of being kidnapped at gunpoint in Somalia on Thursday. She sobbed upon approaching the witness box to describe her abduction by a gang of armed men in masks nine years ago, the beginning of what she called 460 days of hell during which she said she was repeatedly sexually assaulted and beaten.

Lindhout and Australian photographer Nigel Brennan were seized near Mogadishu in August 2008. Both were released in November 2009 in exchange for a ransom payment. Her story was published in the best-selling book “A House in the Sky.”

Ali Omar Ader, a 40-year-old Somali national, has pleaded not guilty to hostage-taking for his alleged role as a negotiator.

He was arrested by a Canadian police in Ottawa in June 2015. It emerged during pre-trial motions last spring that police had lured Ader to Canada through an elaborate scheme to sign a purported book-publishing deal.

Australian photojournalist Nigel Brennan, who was kidnapped with Canadian journalist Amanda Lindhout, leaves the courthouse in Ottawa after appearing as a witness in the trial of Ali Omar Ader, who is charged in Lindhout’s kidnapping, on Thursday, Oct. 5, 2017. (Justin Tang/The Canadian Press via AP) (Associated Press)
The prosecution said Ader admitted to undercover investigators on two occasions that he was the negotiator in the kidnapping and that he was paid $10,000.

Ader sat in the prisoner’s box just meters away from Lindhout as she struggled to gain her composure with the help of a support person who sat beside her during the proceedings.

The prosecution alleges Ader was known to the hostages as “Adam” and took part in several telephone calls with Lindhout’s mother to demand payment for her daughter’s release.

Lindhout, 36, told of being introduced to Adam, who was also called “the commander.”

He said Allah had put it into his heart to ask for a ransom for the two journalists, Lindhout told the court.

What's most important from where the world meets Washington

Her mother was earning minimum wage working at a bakery, and her father was on long-term disability, prompting Lindhout to tell her captors they might as well kill her now.

Lindhout said Adam asked her: “Are you ready to die?”


She said she was moved frequently, spending time in 13 different places, often in filthy conditions. At one point, rats were “crawling all over my body,” she told the court. 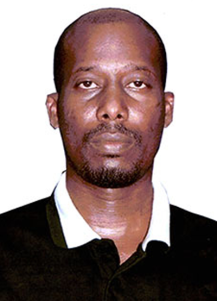 VIP
Somali need to promote mental health programs. Too many are left untreated.