Breaking News: President Farmaajo jets off to Saudi Arabia for a working visit 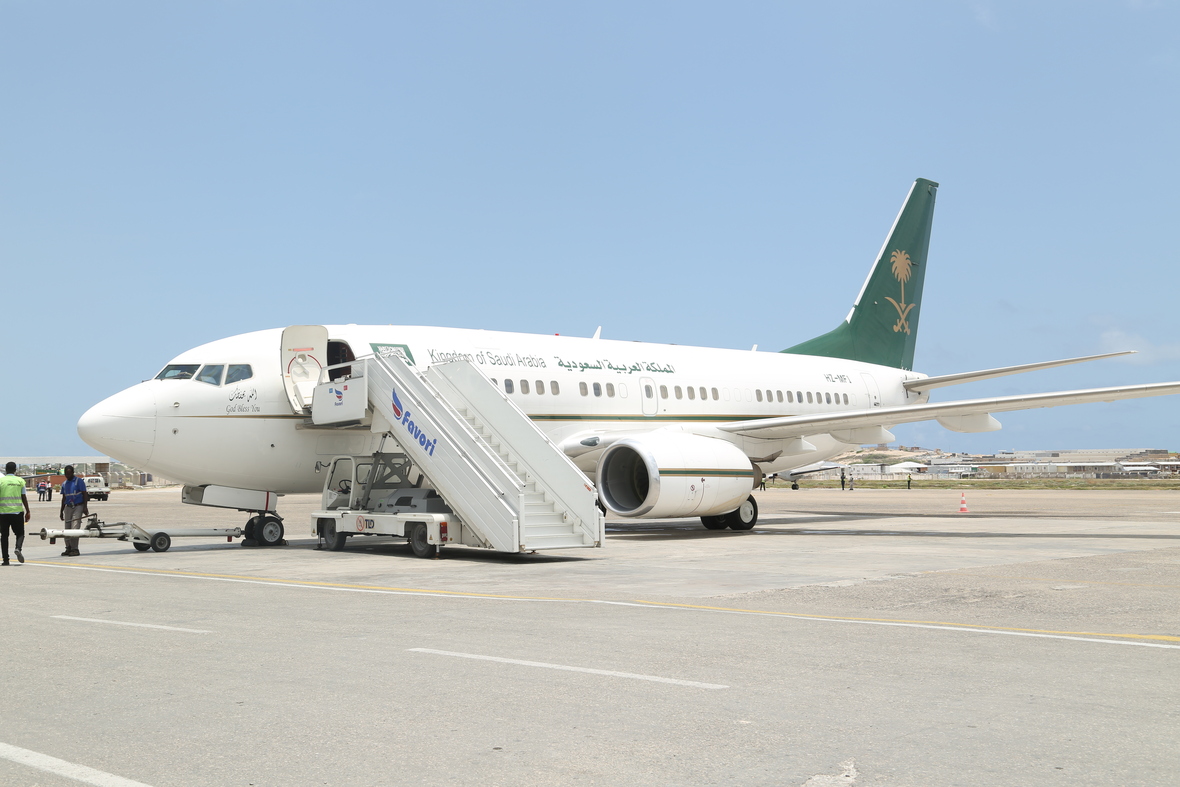 Farmaajo will spent two days in Saudi and will meet King Salman.

VIP
Farmaajo's is silly new politician . He should of had sided with the kingdom of saud!

He has more of a problem with UAE's interference in the internal affairs of Somalia and paying regional leaders to come out against the FG.

At the outset of the audience, the President of Somali shook hands with princes and ministers.

The Custodian of the Two Holy Mosques held a luncheon in honor of the President of Somali and his accompanying delegation.

The audience was attended by Prince Khaled Al-Faisal bin Abdulaziz, Advisor to the Custodian of the Two Holy Mosques and Governor of Makkah Region; Prince Khaled bin Fahd bin Khaled; and a number of princes and ministers.

During the meeting, they discussed ways to support future development projects in social and economic sectors of the Republic of Somalia.

The meeting was attended by Somali Ambassador to the Kingdom Taher Mahmood Jaili.

How long will the meeting last.Do you think this will affect his political stance