FAKE NEWS BREAKING NEWS; AHMED HUSSEN elected to head the Liberal Party of Canada (Are we ready for yet another bragging right by the MJ supremacist)

Staff Member
Wariyaha SomaliSpot
Canada's Liberal Party have chosen Ahmed Hussen to be their new leader after a long night of ballot re-counting sparked by a machine malfunction.

Mr Hussen will be the main contender to challenge new Conservative Leader Jay O’Toole in the next election, possibly in the coming months.

Representatives from all of the campaigns watched as ballots were taped back together or remarked, and agreed on the results of each damaged ballot, to avoid a contested election.

The party had to make changes to the race due to the coronavirus pandemic, including using mail-in balloting in lieu of holding a leadership convention for the party faithful. In total, about 175,000 ballots were cast, out of a total of about 270,000 members - the highest number of votes in the party's history.

In the end, Mr Hussen defeated his main opponent, Harsing Sing, 54, who had strong support in his home province of British Columbia but failed to capture the more socially liberal base in the western provinces. 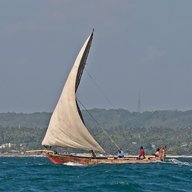 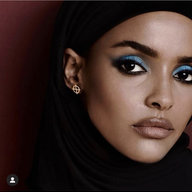 I’m not Canadian but if he’s the leader and they win the next elections will he be the prime minister ?
J

Sing and hussein fighting for party leadership. Is this India?

Jaydaan said:
Sing and hussein fighting for party leadership. Is this India?
Click to expand...