Elena Shifrina, a former Russian model and oil executive at TNK-BP, is the face of the healthy snacks sector in Russia. She is the founder of BioFoodLab , a company that produces all-natural Bite bars in 11 flavors, and an assortment of other product lines for adults, athletes and children. With a 13% market share in Russia and operations in 14 other countries, including the United Kingdom, UAE, China, Saudi Arabia, Kuwait and Japan, her company is launching her products across multiple countries in Africa.

I recently sat down with Elena to discuss her life, company and plans for expanding her business into Africa.
Tell me a bit about yourself and your company, BioFoodLab?

I founded BioFoodLab in 2013, and we are now a leading healthy snacks company in Russia and the former Soviet Union. We produce our Bite bars, which are made of fruit, berries, nuts and spices, without sugar, preservatives or additives, in 11 flavors. Our ingredients are natural, and the bars range from lime with hazelnuts, and figs with cinnamon, to banana with peanuts, apple with carrots, and cranberries with almond. We also have a separate children’s line, Bitey, and a line designed specifically for athletes that consists of dried fruits, oatmeal, and barley.
We have over 8,000 distribution points in Russia alone, and the figure is growing. We started international expansion in 2014, and our products are currently available in 14 other countries, including the UK, UAE and Japan. Our expected 2017 income is 1 billion rubles, or $17 million.
We also launched an online store with global delivery in 2016, featuring all of our products.
I was born in Krasnodar, Russia, in 1983, and grew up in Novorossiysk. As children, we were fortunate because our mother always stressed the importance of getting exercise and eating right. As a young adult, I moved to Paris and London, where I worked as a model. I was quite successful and my career was going well, but I realized that I wanted to do more with my life.
Thanks to a bit of luck and auspicious timing, I landed my first job at TNK-BP, where I worked my way up until I entered the petroleum trade. After putting aside some savings, I enrolled in the MBA program at Moscow’s Skolkovo Graduate Business School and, as part of my studies, did a three-month student exchange program at the Massachusetts Institute of Technology.
That’s where I had the initial idea for BioFoodLab. At MIT, my classmates and I were swamped and had zero time to prepare any food. So it became a ritual of sorts to buy healthy snack bars in the student dining area. When I returned to Skolkovo, my entrepreneurship professor asked our class to design a product or service for a startup. I decided on healthy snack bars, because the Russian products available at the time all contained sugar, syrups, and preservatives. They were expensive and, with the market expanding at 7 percent annually, it seemed like a winner.
I launched BioFoodLab in February 2012 with an initial capital of 7 million rubles – or about $120,000 – of my own money. We turned a profit in eight months.

Your story is particularly interesting because many people would be astonished to learn that the healthy foods sector and healthy lifestyle movement not only exists in Russia, but is flourishing. Why does this discrepancy exist between perception and reality in your opinion?

Twenty years ago, few people thought healthy living would take root in Russia, especially as fast as it has. Even fewer thought the healthy foods industry would arrive and blossom so swiftly. As late as 2013, about 70 percent of the adult male and 26 percent of the adult female population still smoked. But in the past two decades, things have changed rapidly due to broader trends in globalization – the import of foreign healthy food products, more people learning about healthy living on the Internet, and the world community becoming more health conscious – and state policies banning alcohol sales afterhours and smoking in public places, and promoting sport.

BioFoodLab has recently expressed an interest in Sub-Saharan Africa. You’ve recently been expanding your business very aggressively here. Tell me about your interest in this region and your plans going forward?

We see Sub-Saharan Africa as a commercially, strategically significant region of the world. The opportunities there are numerous. Right now, Angola, South Africa and Nigeria are the most appealing markets from a distribution standpoint, and we are in talks with distributors in all three locations. We have also received sample requests from Botswana, Ghana and Namibia.

We were selected as Russia’s Exporter of the Year in 2017, and Sub-Saharan Africa is a chance to continue that trend by expanding into a region, in which I have a deep personal interest.
But the larger picture for us is even more compelling. Sub-Saharan Africa has the opportunity to one day be among the world’s leading nut and dried fruit suppliers, if not the biggest. Suffice it to look at the cashew industry, which supplies an estimated 40 percent of the global yield and income to about 10 million people. The economies of the region are modernizing with immense speed and, as their farming and planting techniques improve, these figures are only bound to grow. In the future, we plan to look at nut and dried fruit exports to Russia, and the possibility of launching own or joint production facilities there to supply operations in Africa and globally.
With the exception of South Africa, Russian companies are not heavily engaged in Sub-Saharan Africa outside of the oil and gas and mining sectors.

Why do you think that this is the case?
Russia’s economic relationship with the region is improving steadily, most notably with South Africa, a fellow member-country of BRICS. Many countries in Sub-Saharan Africa – and this is typical of natural-resource-rich emerging markets worldwide – perhaps over-relied on those sectors and failed to fully develop the alternative economy. This means that, although their potential in those sectors is huge, processes still need to be streamlined. But most of these countries realized the need for diversification and the process is under way, at varying stages of success. The oil price drop of 2014 was a stern reminder to many countries around the world that oil cannot sustain an economy alone. It was a wakeup call to expedite this diversification.
But, as I said, their efforts continue. In Sub-Saharan Africa, for instance, petroleum-rich Angola exported fruit to Europe for the first time in over 40 years in 2016, and it proceeds to do so.
There are other issues at play as well, such as the need for more incentives to stimulate trade.
More energy also needs to be invested in dispelling stereotypes in Russia about Sub-Saharan Africa, and in the region about Russia. Providing more accurate information to the people on both sides will help raise awareness about the really spectacular potential of this partnership.
As most people know, though, Russia and Sub-Saharan Africa share a legacy of friendly relations as a result of the Soviet Union’s support of anticolonial independence movements in the region, including its provision of free education during the Cold War to many African students at Soviet higher educational institutions, such as the Peoples’ Friendship University in Moscow, which at one point in time was actually named after Congolese independence leader Patrice Lumumba.

Quite a few former and sitting members of government in Sub-Saharan Africa also studied in the Soviet Union actually, including Angolan President Jose Eduardo dos Santos, who went to the Oil Academy in Baku, Azerbaijan, and former Namibian President Hifikepunye Pohamba.

You represent a new generation of young highly successful Russian entrepreneurs in the non-oil-sector, who seem to have a more international outlook than their predecessors. Are we going to see more entrepreneurs like you taking their companies global, including to Sub-Saharan Africa?

Without a doubt. Many of my peers in the alternative economy have already expanded their businesses to world markets, or plan to do so in the future. In the globalized economy, that is the only way to compete and to thrive. Anything less would be mere survival. For most young entrepreneurs who I know who have taken their business to the 8- to 10-figure-income range, Sub-Saharan Africa is not some mirage, but a definitive point on the map. And a place where the value is not under the ground, but above it. In about 40 African countries, over 50 percent of the population is under 20. Now how’s that for a powerhouse workforce in the 21 century?. 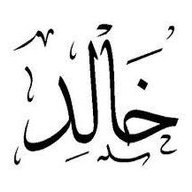 " As a young adult, I moved to Paris and London, where I worked as a model. I was quite successful and my career was going well, but I realized that I wanted to do more with my life."

You know a woman is ambitious when she says she wants more in life after she accomplishes a succesful career in modelling.

Im lookin at yall xaliimos with the degrees who turn "abaya designers", this woman is a role model yall can learn from. she turned 120,000 into profit in 6 months and $17 million dollars turnover in 5 years!

Its high time for xaliimos to come home and start grinding!
E

"Sub-Saharan Africa is not some mirage, but a definitive point on the map. And a place where the value is not under the ground, but above it"

"But the larger picture for us is even more compelling. Sub-Saharan Africa has the opportunity to one day be among the world’s leading nut and dried fruit suppliers, if not the biggest. Suffice it to look at the cashew industry, which supplies an estimated 40 percent of the global yield and income to about 10 million people"

See her emphasize on subsaharan africas potential. its mine gold for everything.