Somali traditional industries havent been invested much in to it's full potential.Many dismiss it and consider it as old.While few have seen opportunity a man from the diaspora went back and noticed there wasn't enough packaged camel milk in Hargeisa. So he bought 50 camels & a few horses he has made good money from the selling of the milk to the city and has employed 20 ppl in his small business.

What's even more amazing is that his brother entered a traditional industry of frakincense/foox & has been even more successful!! The frankincense oil has many medical properties (even curing cancer) & is used in many religions. He sells to people around the world.

This reminds of my fathers business of frankincense in puntland and my uncles Tuna factory business in Bosaso.( Yes Fishing his traditional for hartis btw)

The problem with these kinds of traditional industries is that they dont attract any major investments despite such huge potential. it is heavily under invested and its dismissed.

It's good an all but they're still using centuries old nomad system way of life. I believe he could have incorporated irrigation techniques to have yearly water supply and build infrastructure to sustain them. 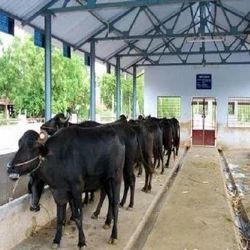 The nomad lifestyle is not sustainable with climate change and all.