A 19-year-old Afghan national has been staying in Montana as part of the Biden Administration's humanitarian parole program has been arrested for allegedly raping a woman in a Missoula hotel. 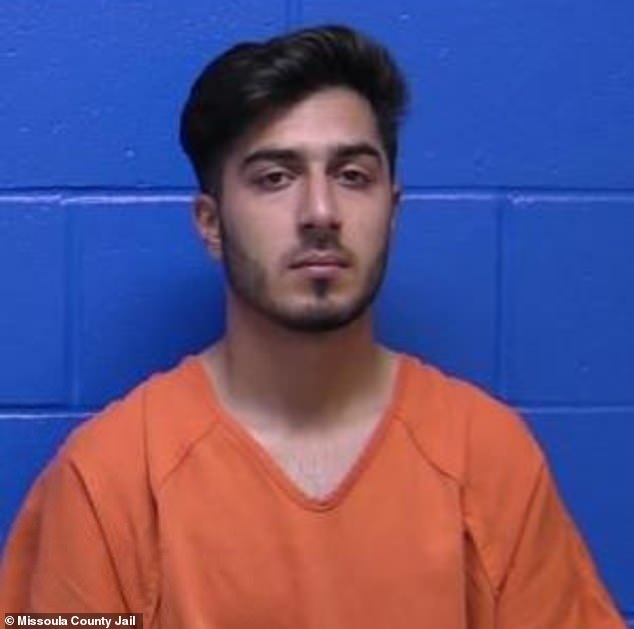 Zabihullah Mohmand was charged on Tuesday with a felony count of sexual intercourse without consent and was ordered held in jail on $50,000 bond.

After initial questions about Mohmand's immigration status, Montana Gov. Greg Gianforte, a Republican, issued a statement confirming that the sexual assault suspect had been resettled in the state by the US State Department.

Senator David Daines, a Republican from Montana, revealed in a separate statement that Mohmand was admitted to the US and placed in Montana under Humanitarian Parole.

According to the US Citizenship and Immigration Services' website, Humanitarian Parole 'is used to bring someone who is otherwise inadmissible into the United States for a temporary period of time due to an emergency.'

Both Gianforte and Daines on Thursday called on President Joe Biden to stop all Afghan resettlements to Montana 'until we get answers' in the wake of Mohmand's arrest.

'While I welcome our fully-vetted Afghan allies to Montana, this situation and others across the country raise serious concerns about whether the Biden administration is meeting its obligations to fully vet Afghans prior to resettlement,' Ginaforte stated, as reported by KGVO.

'I'm calling on President Biden to immediately halt resettlements to Montana until federal agencies provide me with adequate assurance that Afghans coming to Montana are fully-vetted in accordance with federal law.'

Police in Missoula, Montana, stated that the incident began unfolding at around 4.30am on Sunday, when they got a 911 call from an 18-year-old woman who told an emergency dispatcher she had just been raped by a man she met at the Badlander bar, reported Missoulian.

The woman said she agreed to come but allegedly warned Mohmand she did not want anything to happen between them.

After she went to sleep, she claimed Mohmand forced himself on her and would not let her leave. She said he pinned her down on the bed by placing his hand around her neck, leaving bruises and red marks, according to documents.

Speaking to investigators through tears, the woman said she could not get Mohmand off her as he sexually assaulted her while another man was present in the room.

When the victim eventually left the room to call an Uber, Mohmand followed her.

Hotel staff reported seeing a visibly upset woman walking through the lobby and out the door, with a man trailing behind her.

Under questioning by the police, Mohmand claimed he was visiting Missoula on 'a worldwide trip.' He admitted that he had sex with his accuser but claimed it was consensual.

Mohmand also told cops the woman had not left any of her belongings in his hotel room, but a police search turned up items of her clothing.

During Mohmand's initial court appearance, prosecutors argued that he presents a serous flight risk because he is not a permanent resident of Missoula.

Public defender Ted Fellman stated that Mohmand is an immigrant, and suggested that cultural and language barriers between him and his accuser may have played a role in the alleged assault.

Mohmand is due back in court for his arraignment on November 1. 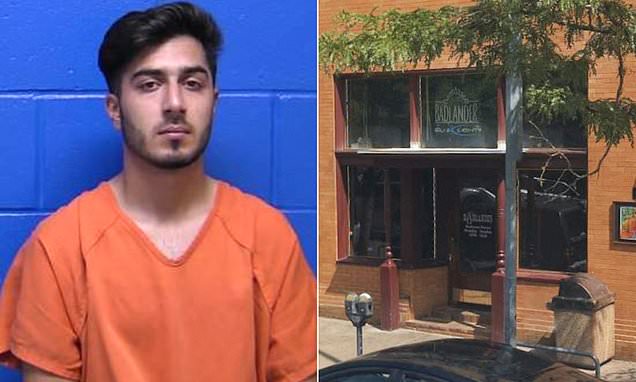 Zabihullah Mohmand, 19, has been charged with sexual intercourse without consent for allegedly raping a woman, 18, in Montana, where he's been staying as a humanitarian parolee.

Ya Allah what did Biden do to my country

rocktheboat305 said:
Ya Allah what did Biden do to my country

Afghan men are clearly not built for living in civilized countries
Click to expand...

rocktheboat305 said:
Ya Allah what did Biden do to my country

Afghan men are clearly not built for living in civilized countries
Click to expand...

VIP
Women get raped all the time by European men, so they need to stop with the propaganda and race baiting.

NABADOON
VIP
It’s important not to use this unfortunate situation as an example to be xenophobic. I hope the young lady gets justice and this man faces full consequences of his evil action. No to collection punishment

Pwyneth Galtrow said:
Women get raped all the time by European men, so they need to stop with the propaganda and race baiting.
Click to expand...

I always wonder why only POC rapists make the news.

Whats so special about this rapist, there are thousands like this happening in America now, or its cuz he's muslim??

Live it to the fullest